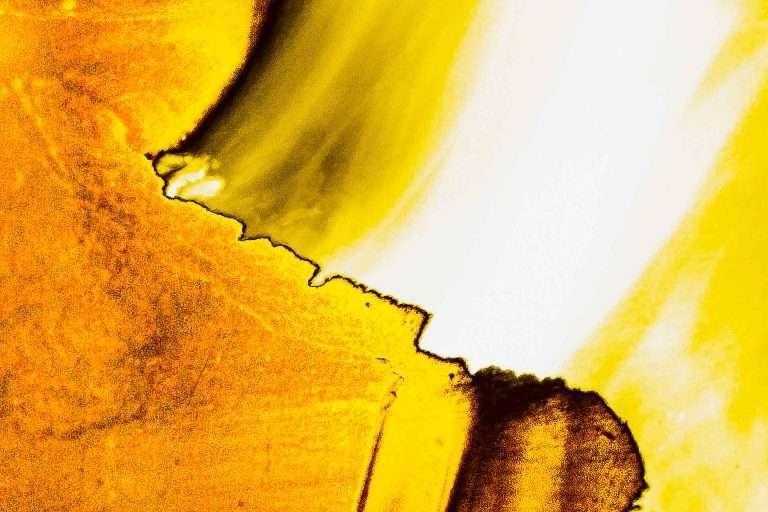 First of all, introduce yourself to our readers. What is your artistic background, and how did you become an artist?

I was born in Italy, and I live in Favaro Veneto, near Venice. Around the age of twenty, I started my research in the world of images. I was interested in the Avant-Garde of the Nineteenth and the first half of the Twentieth century and in the research of photographers such as Man Ray, László Moholy-Nagy, Ugo Mulas, Franco Fontana, and Luigi Ghirri. Moreover, I also got closer to the artistic currents of Minimalism and Conceptual Art.
All of these experiences attracted me mostly because they focused on the analysis of the photographic medium and its language, and on the search for new forms of expression, new compared to the tradition. As typical in the spirit of the Avant-Garde, they were analyzing the visual instrument rather than the staging of reality and its representation, as the history of photography had instead accustomed us.
Regarding the question “how did you become an artist?”, I actually do not know if I can define myself as such. I do like art, and I like to work with images, but it has never been my main profession in the course of my life.

What is your personal aim as an artist?

My main goal remains to make other people know me and my work, see if whoever looks at my images likes them, and observe how people look at them.
Anyway, I am interested in continuing to do what I do because it’s something I like, regardless of the official recognition. 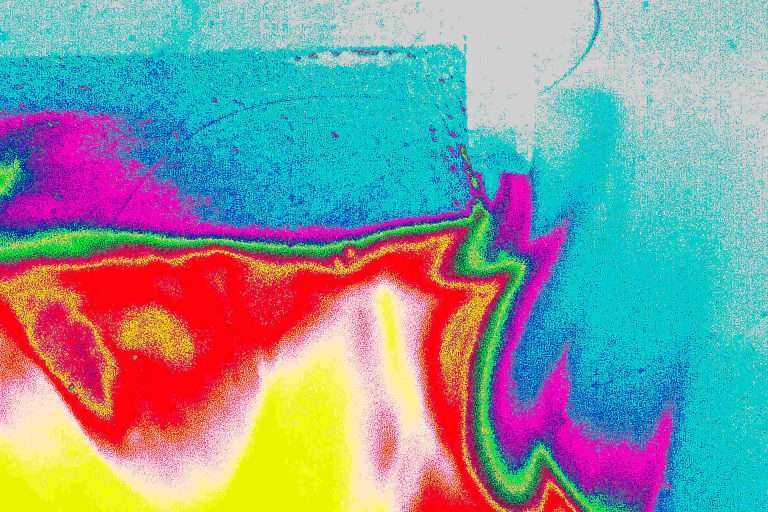 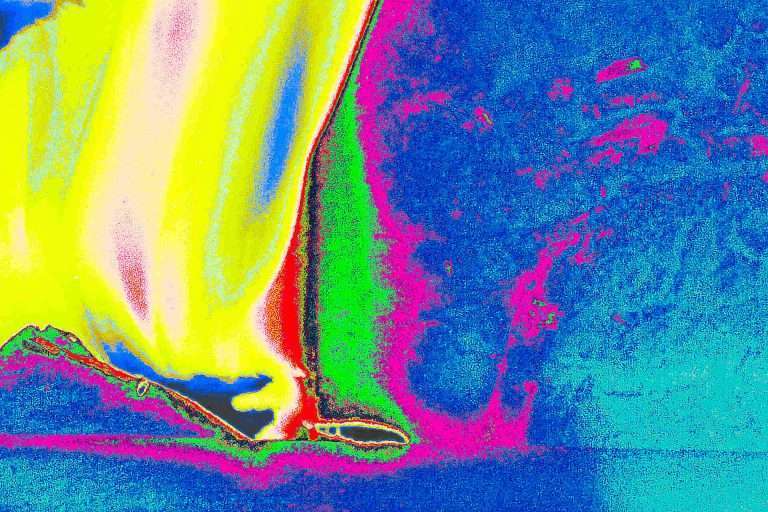 You start from a photograph in your work, which you modify and enlarge to create almost abstract works. How did you come up with this idea? And how would you define this technique?

The methodology I use was born a little at a time, step by step. I have always looked for details. Even in the early days of my research, I focused on architectural details, looking for a “minimalist” result for the subjects I photographed.
Digital files allow reworkings that were unthinkable with the old film. With the first project series, “Clouds”, I began to dwell on the same image, first varying the exposure, tones, contrast, the colors, and secondly enlarging and focusing on individual details, otherwise lost in the totality of the photograph. So, I continued with this technique, going into more and more detail.
The constants of this work method are repetition and continuous differentiation from repetition itself. I was very inspired by American musicians like Philip Glass and Terry Riley.

Colors also seem to have a very significant impact on your work. How do you choose your colors, and what do they represent?

In the series I present, I try to get images that are as colorful as possible and with shapes that I like, and that is what I also do for the “Clouds” and “Leaves” projects. I do not make a priori choices, I start processing the raw file of the photograph, and I work it, changing the parameters until I get something that satisfies me.
Colors don’t have to represent something; there is a language of color and psychology of color, but I don’t try to “write something”. 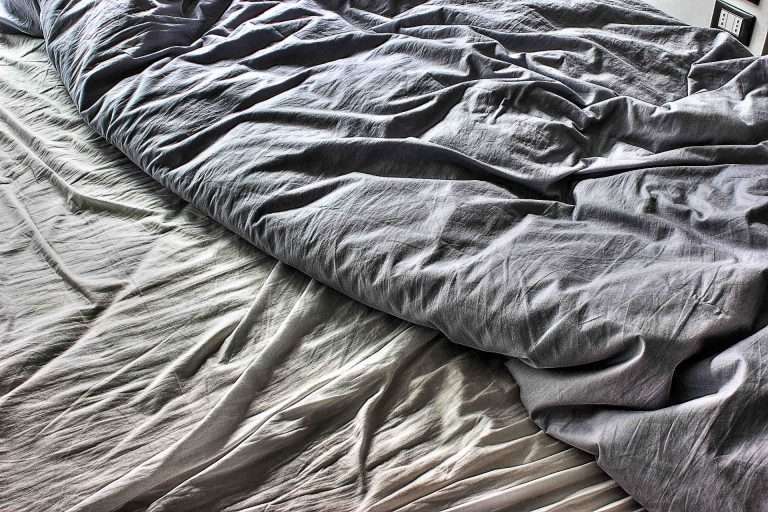 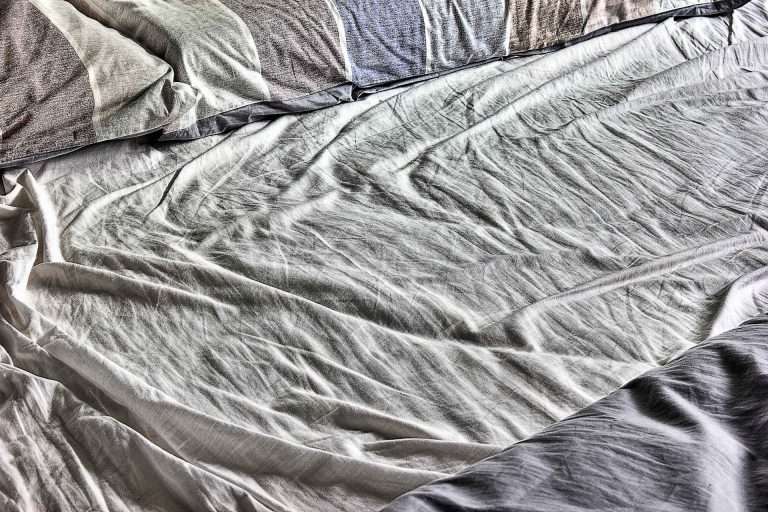 What is your creative process like? Do you meticulously plan every work, or do you let shapes come alive by random interventions?

It would be impossible for me to plan meticulously. But, of course, when I see something that I would like to photograph, I can only roughly imagine the final result. That’s also because the final result on two images could be very different with the same software settings. So I try to bring the starting photograph to certain results. Sometimes I succeed, other times I do not. I achieve the final results after many attempts. Sometimes they are even obtained by chance, with parameters that I did not think could have led to that image.

Where do you find inspiration for your work? Any artist that particularly inspired you?

As I said initially, I was fascinated by the Avant-Garde from the Nineteenth century up to the present day.
Among the various artists, I could mention Cezanne, who did the mountain Sainte Victoire multiple times, taken from the same angle and further reduced to geometric shapes, almost abstract. So, repetition and differentiation.
As mentioned before, other artists that have influenced me are Man Ray, László Moholy-Nagy, Ugo Mulas, Franco Fontana, and Luigi Ghirri. Not to forget Duchamp, the father of what would have been called Conceptual Art fifty years later.

You have been working for many years already. What advice can you give to beginning artists?

I started many years ago, but I still consider myself a beginner. And as with all things, fortunately, there is always something new to discover.
In addition, the creative process always puts you in front of something you have to extract from sensations and emotions, and so all the time, you really have to start from scratch. That’s why I always feel like a beginner.
What I think is important is the study of the History of the Image, which is then identified with the History of Art. It is also important to keep up-to-date on everything about the field in which we want to work on. 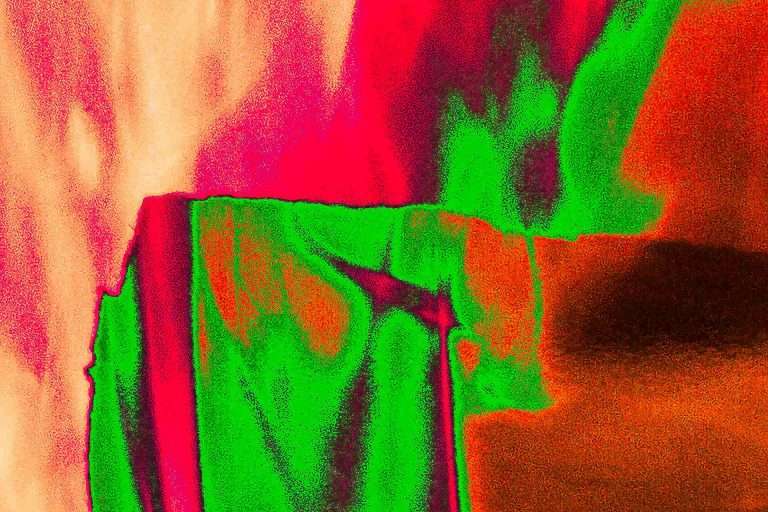 What do you think of the surge of digital exhibitions? Do you see them more as an opportunity or a threat?

I haven’t exhibited much in the past, but I am currently trying to appear mainly in photographic magazines and art.
I think that digital exhibitions are a great opportunity because they can reach a much wider audience than the ones offered by traditional art galleries. Maybe the materiality of printed photography is missing, as we cannot know its size, and there is no physical contact with the public. But, on the other hand, they allow, at a small cost, to have a large audience.
Lately, I see that virtual exhibitions are also taking place, which, in my opinion, could be an important opportunity for the Art market. But for the experience to be effective, the software must be improved for sure, since it is difficult to manage and slow most of the time, even on powerful computers.

Do you have any new projects or series you are working on right now? Or any upcoming exhibitions?

There are always ideas in the project “Details” perimeter, from which I took the series I present.
Lately, what takes me more time is what I do in order for others to know me, including reaching out to magazines for publication.

My plans are to continue my research and expand my projects. And I hope to continue on this path for many more years. 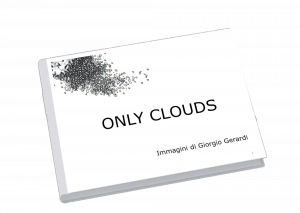